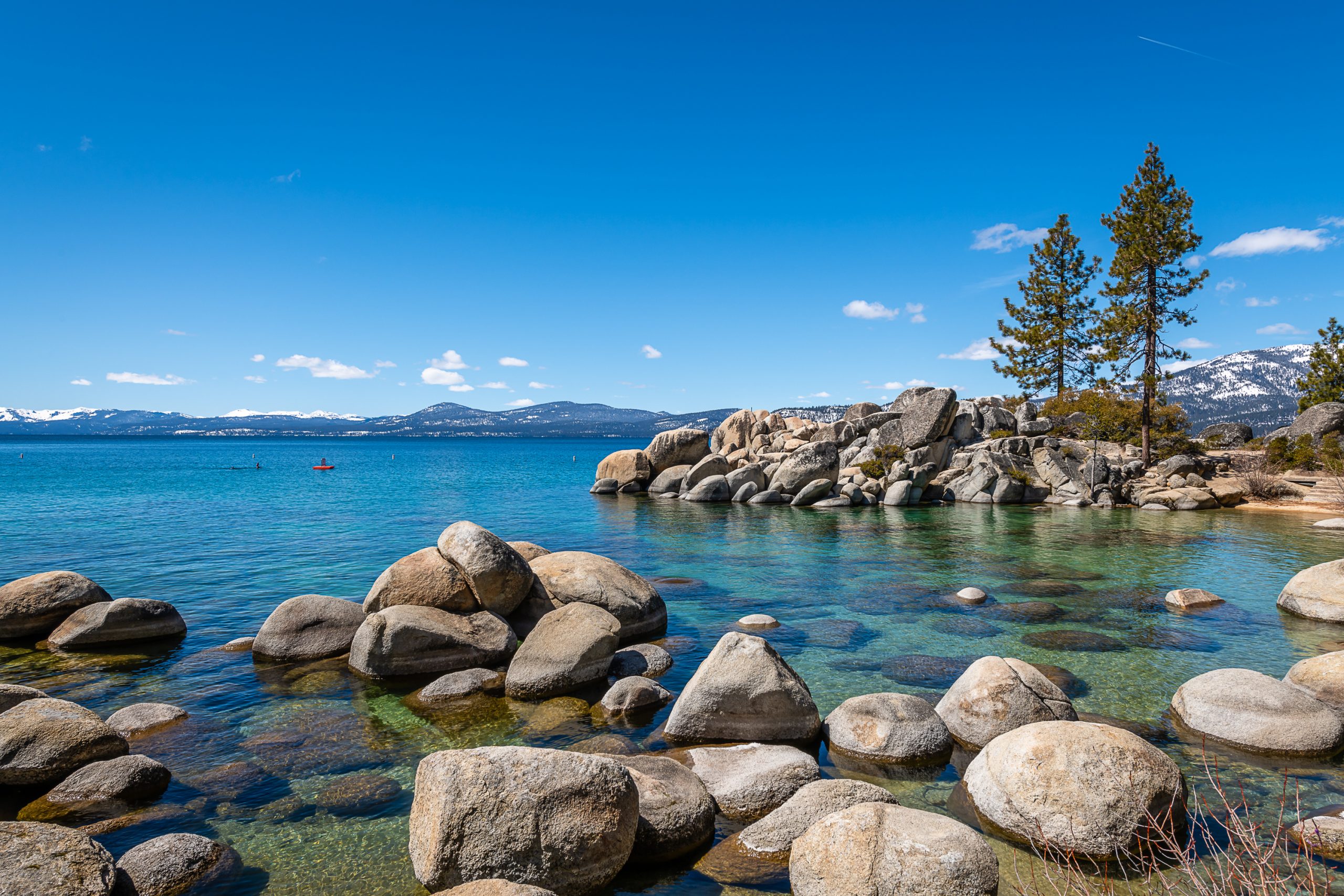 In Mark Twain’s book “Roughing It”, he described what it was like floating off the north shore of Lake Tahoe in a little skiff.

“So singularly clear was the water, that where it was only twenty or thirty feet deep the bottom was so perfectly distinct that the boat seemed floating in the air. Yes, where it was even eighty feet deep. Every little pebble was distinct, every speckled trout, every hand’s-breadth of sand.”

In the years since that 1887 description of Tahoe’s water was written, the clarity of our lake has been degraded. Unfortunately, Lake Tahoe is definitely not as clear today as it used to be.

Regular measurements of Tahoe’s water clarity began in 1968. At that time a submerged white disc could clearly be seen at a depth of 100 feet. Today, a white disc disappears at around 70 feet. That’s the loss of about 9 inches of clarity per year.

Research into water quality has uncovered the causes of Tahoe’s decline. There has been an increase in fine sediment particles, as well as an increased growth of algae due to higher nutrient levels in the water.  Automobile emissions, and both urban and forested area’s runoff can act like a fertilizer, speeding the algae growth. It’s a simple formula: more algae and fine sediment particles in the water equal less clarity.

Lake Tahoe is not doomed to become a muddy pond, at least, not yet. There is evidence indicating that the decline of water clarity has slowed since 2000, and can even be reversed. The goal is to return to 100 feet of clarity.

The California Regional Water Board, the Lahontan Water Board, and the Nevada Division of Environmental Protection are committed to, and are working on, a strategy to bring back Lake Tahoe’s magical clarity.

For an in-depth understanding of the problem, and the work being done to decrease the pollutants causing the lake’s clarity decline, read the informative Charting The Course To Clarity. This easily read report also tells us “It takes about 700 years for a drop of water entering the lake to travel around and finally exit”. Fascinating – but how in the world did they measure that?

To get more involved in the efforts, Keep Tahoe Blue, League to Save Lake Tahoe lists ways for us to advocate, support, engage and volunteer.

Through inter-agency cooperation, citizen support, research, science, data collection, and a concept known as Tahoe Maximum Daily Load, someday we all will be able to read Mark Twain’s words and say to ourselves “Yup, he was right”.