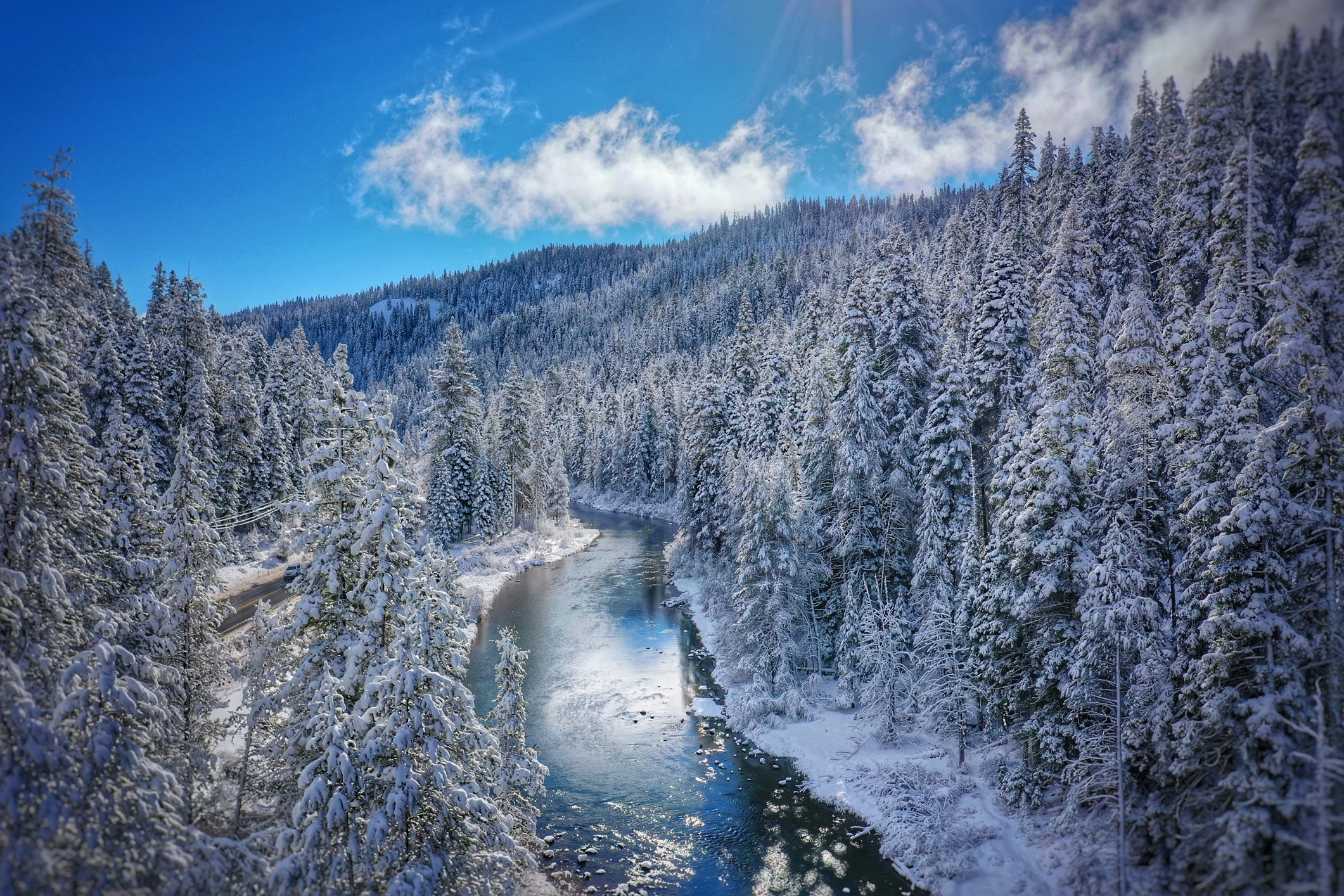 In 1911, Tahoe Tavern, an elegant Tahoe City hotel, hoping to drum up business after a record breaking snow-bound winter, offered a 3-foot-tall silver trophy to the driver(s) of the first car to complete a spring journey from California to Tahoe City.

Fortunately, snowbrains.com posted two photos from that race. One black and white image shows a pipe-smoking driver coolly steering his car down a nearly vertical slope. The other photo is of a group of men pulling a tin-lizzy up a snow covered incline, its wheels wound with rope for better traction.

What were they thinking? Obviously, the racers hadn’t heard about Harry D. Weed and his wonderful invention — tire chains.

The observant Mr. Weed noticed that winter drivers wrapped rope around their tires for traction. Harry knew that he could think of something better, and set out to develop long lasting, easily fastened metal tire chains that could be used in mud or snow. He got two out of three right. The chains provided traction, did not wear out easily, but required the tire to be partially deflated before installation. Once the attachment hooks were fastened, the tire was re-inflated, no doubt with a hand pump. Imagine doing that today in a white-out on I-80.

Mr. Weed was awarded, in 1904, a U.S. patent for his Grip-tread for Pneumatic Tires. Beginning  the Weed Chain Tire Grip Company that same year, Mr. Weed happily saw his tire chains increase in popularity, though, apparently, not among Western drivers.

A Grass Valley resident, Arthur B. Foote heard about Tahoe Tavern’s offer, and decided to win the silver trophy with his Model T Ford. He enlisted the aid of George Starr, and on June 2, 1911, they were off.

Mr. Foote’s diary tells that they left for Emigrant Gap at 4 p.m. that day, but got stuck in soft snow two and a half miles after Emigrant Gap. The men left the car, and walked to Cisco, arriving at 10:30 at night. The following morning, the two scouted their route on foot. They discovered that a bridge over the Yuba River had washed out. Undiscouraged, the men hiked back to their car in Cisco, and began driving over the frozen snowpack. The Model T would occasionally fall into a deep hole, but Foote and Starr simply set up their block and tackle to haul the car out. Reaching the washed-out bridge after five hours travel, the men stretched a metal cable over the rushing river, and slid the suspended car across the water. They left no evidence of their solution to the problem, so when other competitors reached the bridge they had no idea how Foote and Starr managed to cross.

While the other competitors were scratching their heads over the river problem, Foote and Starr continued on. Two days later, they were again stuck in the deep snow. Never giving up, the men returned to Grass Valley by train. There they picked up more equipment, and on June 7, were back to their car, this time fitting wooden runners on the wheels, turning the vehicle into a sled. They pushed the contraption over the snow, reaching Soda Springs on June 9.

After making repairs, the next morning Mr. Foote and Mr. Starr pulled the car-sled over Donner Summit, dropping down to Donner Lake, where they stopped for breakfast. Then, it was an easy, open road to Tahoe City, their 3-foot-tall silver trophy, and their well earned bragging rights.

On June 11, the Grass Valley Union newspaper reported “The resort management had not expected these men from Grass Valley to achieve their success by shoving, tugging, and hoisting their Model T over seemingly impassable mountainous terrain.”

The newspaper was right, and on second thought, Weed Chain Tire Grips probably wouldn’t have helped at all.

Related Articles
Tahoe and Vicinity Forest Fires – Before and After For years, fires in our forests have been extinguished as soon as possible. That practice, when combined with warmer temperatures, and drier conditions, has made for larger and more intense fires. In fact, new words have been coined to better describe the immensity of recent fires; a megafire is being used to describe 100,000 acre […]
Tahoe and Vicinity Biodiversity In Tahoe Recent research has proved that spending time outdoors can help people decrease their physical signs of stress, and can even boost a person’s mood. It’s also been shown that life satisfaction is increased for anyone living in an environment with high biodiversity.  People crave contact with the natural world. We humans find a tranquility in […]
Tahoe and Vicinity Hidden Delight One unique feature on Lake Tahoe’s north shore is definitely under-used, mostly because it is off the beaten track for tourists and locals alike. The pools of the Lake’s one and only waterside hot springs sit empty much of the time. The source of the hot springs bubbles up on the Brockway Springs Lakefront Resort’s […]